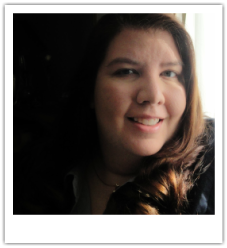 Melissa “Artomel” Black greets every animal she meets. She enjoys color overload. She once danced with a red-tailed hawk.

Born in Duluth, Minnesota to a mustachioed engineer and a multitalented artist, Melissa moved with her parents to Florida at the tender age of three-months-old, where she was promptly adopted by a big black cat.

When the family moved to Kansas their green shag carpet was overrun by three rabbits, two hamsters and innumerable fish.

In fourth grade she attended three different schools while her family moved to Michigan and were followed there by a baby sister and a baby cat.

Eventually the family moved back to Minnesota where Melissa aced every high school art class they offered. Then she worked with the art teacher to create her own independent watercolor class. Also, a well-mannered dog entered the family.

She attended Gustavus Adolphus College in St. Peter, Minnesota where she aced every 2D art class they offered. Then she worked with her art professor to create her own independent children’s book illustration class. She holds a BA in Studio Art. She also earned a Bachelor’s degree for English, focussing on writing.

As she honed her craft, she earned enough money for cat food and car payments by selling toys and diamond rings, working a CB radio at an amusement park, flicking the light switches at a theater, spinning in an office chair in a gray cubicle, and singing the alphabet song while stocking bookshelves.

Creating stories through art and language is her lifelong dream, along with working in a studio surrounded by animals. Her illustrations in watercolor, pen, & pencil often feature fun loving, fur covered creatures.